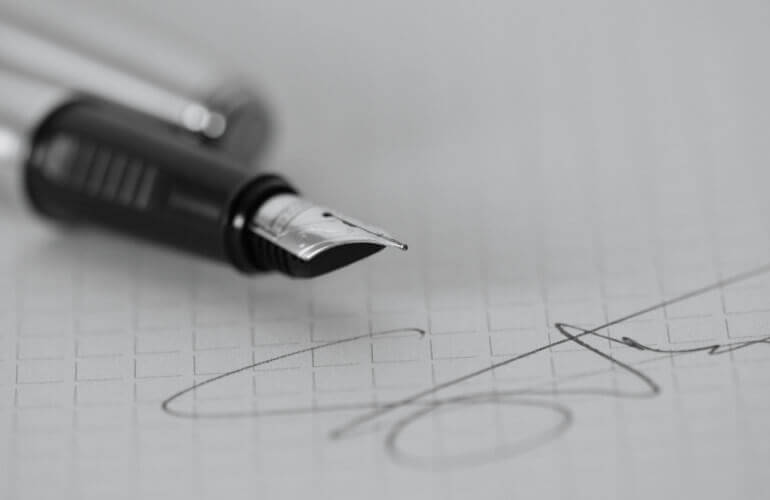 Anatomy of a Joint Operating Agreement

The cover page of the JOA is designed to identify the properties or prospect covered, as well as the initial operator. This allows for quick access to information at a glance for operations teams, as well as acquisition and divestiture teams. Perhaps you were hoping for more here, but it’s just a cover page!  The best advice I have here is that you cannot rely entirely on the cover page.  Typos and oversights can and do happen.  Don’t be surprised to see a JOA that purports to cover the _____ well, but then later find out it also covers a broader Contract Area including other wells.

All newcomers to the JOA should examine the table of contents (“TOC”). The TOC to the JOA is well organized with each Article specifying one major area of joint operations that calls for special attention and understanding.

One common practice within the industry is to modify and update the TOC to match any changes made to the model form.  For example, parties typically strike the preferential right to purchase provision (“pref right”), and in doing so typically strike the pref right from the TOC as well.  This can be helpful, as it allows parties to, at a glance, gain a quick understanding of some of the substantial modifications made to the JOA. However, as a word of caution, one should not rely on the TOC when determining whether a certain provision has or has not been included or stricken from any particular JOA.  While the TOC can be a helpful tool, it is not the heart of the JOA itself.

The AAPL JOA contains 15 standard Articles covering a variety of critical aspects of joint operations.  Generally, the terms and conditions contained within these articles consist of boilerplate, check boxes, and blanks which must be filled in, and there may also be manually stricken provisions, and custom modifications made within the lines.

The 15 standard Articles in the JOA have variables that must be identified by the parties.  For example, several sections contain blanks where the parties are expected to negotiate terms and fill in the corresponding blank in the JOA.  Other sections contain option boxes that can be checked.  Read these boxes carefully, as certain sections simply allow none, any, or all boxes to be checked depending on the transaction, while others are alternatives to one another. More than once I have learned of parties coming to a dispute under a JOA with both boxes checked in Article VI.B.1. Apparently this was done under the presumption that the parties wanted all associated authorities for expenditure (“AFEs”) to include all cost figures including completion costs, but they still wanted to allow for a casing point election. However, the entire AAPL JOA form is predicated on the parties choosing only one option in Article VI.B.1.

As stated above, one method parties often use to modify the form JOA to better meet their specific deal terms is to strike certain provisions of the JOA they do not wish to appear in their customized agreement. Perhaps one of the most common places this is found is within the pref right provision found in Article VIII.F. Parties often strike this entire provision, so as to omit the granting of any preferential rights to purchase under the JOA.

Parties should be careful when striking language from any agreement, so as to ensure that the intent of such striking is sufficiently clear from an objective viewpoint, and to ensure that the modification still affords harmony with the remaining provisions of the agreement. Does striking a provision exhibit an intent to merely omit the stricken terms, or does this evidence that the parties had the opposite intent from that of the stricken terms?

Article XVI in the 1989 Form is labeled “Other Provisions” and is designed to allow the parties to insert their own custom provisions into the form.  These provisions may expressly replace other standard provisions found earlier in the form, or may merely supplement these provisions.  Typically a provision at the beginning of Article XVI will provide that, in the event of conflict between Articles I-XV, and Article XVI, then Article XVI is to control.  However, disputes may arise if parties do not adequately specify which collections of terms and conditions are intended to control in the event of a conflict.

An additional item to consider is whether the Article XVI provisions are intended to control over competing terms and conditions found within the Exhibits attached to the JOA. Of course, no overarching general rule can be given, as this is an issue that must be considered against each Article XVI provision.

There are several sets of “Example Article XVI Provisions” floating around on the internet. One such set pertains to updating the 1989 JOA to adequately address horizontal drilling operations. As we examined in my previous article covering the “new” AAPL Horizontal JOA, most of these typical additional provisions have been implemented directly into one version of the AAPL JOA form itself.

Other common Additional Provisions may include:

Another interesting fact that may be worth noting is that, when dealing in certain geographical areas or with certain operators, the 1982 Form may still remain the standard form.  Under the 1982 Form, the “Other Provisions” section is found within Article XV, rather than Article XVI.  For this reason, one should not be surprised if the party “on the other side of the table” becomes confused when a terms sheet discussion turns to “Article XVI provisions.”

Exhibits to the Model Form

The Model Form contemplates several types of Exhibits that may be attached thereto. Many practitioners believe that no deal is truly complete if each Exhibit is not included.  However, parties may believe that certain Exhibits are unnecessary to their specific deal, or may already have other separate agreements in place covering these areas of the parties’ relationship.

The Exhibits to the JOA include the following: