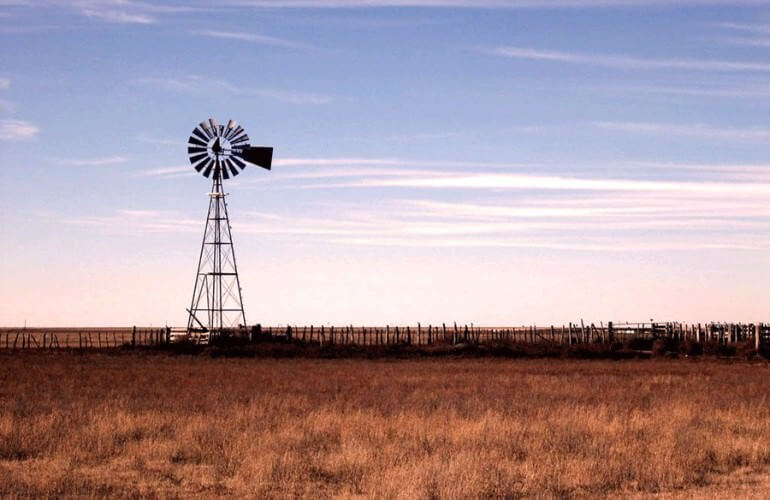 Posted by: Austin Brister in Primers and Insights, The Deal Corner

As I stated in my Part One of my Farmout Agreement Series, farmout agreements can be somewhat less “straight-forward” than other common oil and gas agreements.  Contracts, Leases, JOA’s, for example, are each highly standardized and have one or more publishers of highly-adopted forms.  Farmout Agreements, on the other hand, range from mere one-page letter agreements to highly formalized and lengthy contracts, prepared and negotiated over several rounds of back and forth red-lining.  An attorney cannot simply turn to his form books (or form folder for the tech savvy), and is unlikely to find any comprehensive checklists for drafting the agreement.

While there is no standardized form, a standard set of terminology has certainly developed that will guide most decisions, negotiations, and drafting exercises.  Below, we’ll consider several of the most crucial provisions of a farmout agreement, including:

Caught in the Lingo

As is typical in the oil and gas industry, we have developed a long dictionary of shorthand. One may imagine a conversation as follows, which I adapted from another great article on farmouts [1]This little lingo chatter was adopted from an article written by John R. Scott, How to Prepare an Oil and Gas Farmout Agreement, 33 Baylor L. Rev. 63 (1981).  I also found this article to be pretty instructive as an overview, if you’re interested. :

Client: ‘I need a routine farmout drafted up by this afternoon. Can you do that?’
Attorney: ‘I’ll make room for it. What terms?’
Client: ‘Thanks! I’m farming out a part of my ‘Getz Prospect’ you helped me acquire last November, to Generic Oil Company. I’ve agreed to farm out Section Five of Block Four, “T-5-N”, T. W. Ry. CO. Survey, Plain County, Texas.   They’ll spud by March 3 in the SE/4NW/4, drilling to 8,000 feet, testing the Beekmantown Dolomite. On production, I assign and they earn a 70 NRI on 100, it’s a quarter lease and I’ll reserve the difference as a convertible ORI with 50% back-in APO.
Attorney: Any option for additional drilling?
Client: Yes, an additional drill option with 60 day spuds.

If you’re reading my blog, chances are you already know my motto is to ‘say it like it is,’ and ‘keep things simple.’  This conversation never happened, and probably never will…  Hey, as a pilot, I love the crazy short-handed ‘aviation chatter!’  But that is out of necessity – only one person can speak at a time, and a lot of people need to speak!

For those of you that don’t know, I’m an ameteur pilot. I have always found ‘aviation chatter’ to be a blast: “Houston tower, Beech Debonair seven one zero niner whiskey at lima, ready for taxi with foxtrot, planning westbound  VFR.”  But that is out of necessity (only one person can speak at a time).

But oil and gas doesn’t need to be this way.  The time saved by the shorthand is negligible, and merely over-complicates things.  Don’t let the lingo and shorthand scare you…

So what are the key provisions and negotiating points of a farmout agreement?

Farmees obviously desire to have an option to drill but no duty.  Typically, the Farmor will likely desire to have a duty placed on the farmee to drill a well. This is similar to the relationship between an Lessor and Lessee in an oil and gas lease – the lessor wants a duty to drill, the lessee only wants the option.

Whether the farmout is structured as an obligation or an option farmout is likely dependent on a large number of factors [2]See 2 Martin & Kramer, Section 432, such as:

Again, the farmor’s motivations in seeking a farmee will dictate which earning barrier is most appropriate.  If the farmor is seeking to satisfy obligation well requirements, or looking to preserve acreage in a lease, then it is likely to structure the farmout agreement with a “produce-to-earn” barrier.  On the other hand, if the farmor is primarily seeking to obtain seismic, geological, or other exploration data, then the farmout is better structured as a “drill-to-earn” farmout.  Of course, the typical real-world scenario is not so polarized and simplified, so it is important to understand the underlying business motivations and leasehold requirements when drafting the earning-barrier provision.

Interest to be Earned

Once a farmee has satisfied its earning-barrier, it will obtain the interest specified in this portion of the farmout agreement.  The options can be categorizes as divided interest, undivided interest, or a combination.  Divided interest means that the farmor will convey all of its interest in certain specified acreage to the farmee.  Two common ways the ‘divided interest’ farmout can operate is to convey to the farmee the acreage committed to the well(s) drilled by the farmee.  Another option is to structure the agreement so as to grant the farmee the acreage committed to the well drilled, and every other drillsite tract in the area, sometimes called a “checkerboard assignment.” [3]See, e.g., Strata Production Co. v. Mercury Exploration Co., 916 P.2d 822, 826 (N.M./ 1996); Stekoll petrol. Co. v. Hamilton, 255 S.W.2d 187, 190 (Tex. 1953).

An undivided interest, on the other hand, means the farmor will convey a designated percentage or fraction of its interest in the specified acreage to the farmee.  An undivided interest is more common when the farmout agreement is structure around the farmor’s need to share exploration costs with a third party.  One example is where it is projected that the farmee will pay for 75% of the drilling costs, the parties may agree that upon meeting the earning barrier, the farmee will obtain a 75% interest in the acreage committed to the well, or even the entire contract area.

Finally, the combination interest is typical when parties agree to structure the interests in terms of before-payout and after-payout categories (frequently referred to as “BPO” and “APO”).  For the uninitiated, “payout” is defined as “the point where the costs of drilling, producing and operating have been recouped from the sale of products on a well.” In a combination interest, during the “BPO” period, the farmee will receive a much higher percentage of ownership in the well during the time it is recuperating its drilling and exploration costs (typically a 100% working interest, with only an overriding royalty being due the farmor).  Subsequently, upon payout, the farmor will have the right to “back-in” to the well as a working interest owner, or “convert” its override into a working interest and share in the proceeds of the well.  As for the non-well acreage, in a combination-interest-type farmout agreement, the farmee will receive a smaller undivided interest in all the acreage outside the drillsite tract, until it elects to drill a well in that acreage, and earn its higher interest as to that acreage.

Number of Wells Committed to the Agreement

Early or “classic” farmout agreements, in the 1980’s, covered the drilling of only a single well.  Today, however, a typical farmout agreement covers the opportunity to drill multiple wells.  This requires a landman or attorney to consider several additional terms and conditions in the agreement.  For example, the parties must consider the time between completing a well and commencing the second well.

Attorneys should be sure to address additional potential issues, such as:

Farmors frequently favor this drilling program option because it encourages additional drilling and associated capital expenditure.  In other words, it keeps the carrot on the stick.  On the other hand, many farmors prefer this method as well, because it gives them the option to continue forward for an indefinite time period, always carrying the option to make real-time decisions based on all the various business factors, such as market conditions, geology, prices, etc.

Timing the Issuance of Farmout Acreage

One final characteristic of farmout agreements we will discuss is the timing the assignment of the farmout acreage to the farmee. [4]See Lowe, supra).  There are theoretically two options.  First, the parties can agree that the farmee is entitled to an assignment simultaneous with execution of the farmout agreement, subject to the obligation to reconvey the properties to the farmor in the event the farmee fails to perform.  The other option is that the parties can agree that the farmee will only be entitled to an assignment of the properties when, and if, the farmee performs the required obligations (a “condition precedent”). In the current market, simultaneous assignments are rare; farmees are by and large required to satisfy the condition precedent prior to receiving an assignment.

Farmors typically hold strong to the position that the assignment will only be made once the farmee performs. This is simply because the farmor doesn’t want to have to track down the farmee to obtain a reassignment if it fails to perform the agreed services. Conversely, farmees sometimes push for the assignment upfront.  This is because the farmee doesn’t want to have to put all the time and resources into the project, and then have to turn around have work with the farmor to get the assignment. Additionally, under an option farmout, obtaining the assignment upfront will eliminate the option for the farmor to assign its interest to a third party, thereby potentially revoking the farmout. [5]See Kendor Jones, Something Old, Something New: The Evolving Farmout Agreement,  49 Washburn LJ 477 (2009) (citing Strata Prod. Co. v. Mercury Exploration. Co., 916 P.2d 822, 829-30).

Farmout Agreements are one of the most commonly executed agreements in oil and gas.  The lack of a form significantly complicates the drafting process. Additional, it is crucial that the drafter have a solid understanding of bargaining positions of each party, and the various essential provisions and their variations.

In the comments below, what trends have you noticed with farmout agreements?  What issues have you run into?