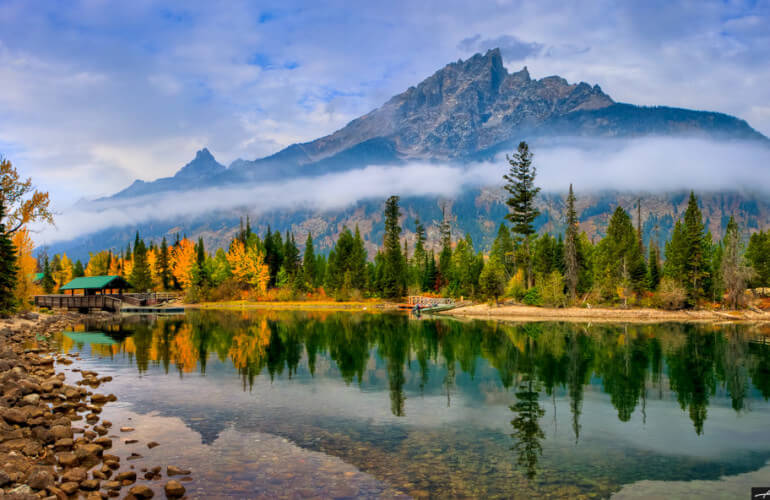 There is a debate among Wyoming oil and gas attorneys, and I wanted to weigh in.  Some (maybe even many) Wyoming lawyers believe an overriding royalty interest simply cannot be pooled in Wyoming without the owner’s direct and express consent. Of course, this is only a debate in the context of voluntary pooling.  However, I believe this issue is, at best, unsettled.  I’d love to hear your thoughts in the comments below!

The Framework in Texas

Of course, Wyoming is not Texas.  However, many states look to Texas law for guidance in oil and gas issues, simply due to the vast number of reported oil and gas cases in Texas over the last 100 years. So how have Teas courts weighed in on this issue?

There is one exception to this general rule that is so common, many in the industry go so far as to consider it the general rule.  What is this exception?  Where an oil and gas lease expressly grants a lessee the power to pool his interest, overriding royalty interests created out of that leasehold interest are also presumptively subject to the lessee’s pooling authority. [3]Id. (citing 2 Howard Williams & Charles Meyers, Oil and Gas Law § 339.3 (Bruce Kramer & Patrick Martin ed.2005) ). The rationale underlying this rule is that, because overriding royalty interests are carved out of the lessee’s interest, they are subject to the lessee’s exercise of its authority under the lease, including pooling authority.

A large majority of oil and gas leases include a pooling clause, granting the lessee the power to pool the landowner’s royalty. Therefore, while the general rule may be that ORIs cannot be pooled without their consent, the vast majority of lessee’s do have the authority to pool ORIs.  In other words, the general rule is not the ordinary case. To the contrary, ORIs are almost always subject to the lessee’s power and authority to pool.

Rationale Behind the “Pooling Clause” Exception

It is illustrative to examine how Texas has treated the rule that an ORI carved out of a lease with pooling authority, is subject to the lessee’s authority to pool without further consent of the ORI owner. This rule was discussed and recognized within Union Pac. Res. Co. v. Hutchison, 990 S.W.2d 368, 371 (Tex. App. 1999).  In that case, a lease contained a standard pooling clause, granting the lessee power to pool the leased interest.  Subsequently, the lessee (“Predecessor”) assigned the lease to a company (“Successor”), with the reservation of an overriding royalty interest.  The assignment did not address pooling, but instead simply assigned “all right, title and interest in and to the [lease] together with the rights incident thereto or used or obtained in connection therewith.”

The court concluded the overriding royalty was subject to the unilateral ability to pool by the Successor, even though consent was not directly and expressly given in the assignment. The court reasoned that “[t]he legal effect of [Predecessor’s] unqualified assignment was to vest in [Successor], his heirs, successors and assigns, the identical rights, privileges, and benefits [the lessee] possessed under the Lease, which included an express power to pool.”  The court indicated that it would be “doubtful” that parties would intend a successor lessee to have the right to pool the lessor’s interest, but not an ORI carved out of that leasehold interest. [4]Id.

Wyoming courts have not, in my opinion, directly touched on the issue of whether lessees, in an ordinary lease, may pool overriding royalty interests. Admittedly, there is one reported case in Wyoming where the Supreme Court held that the lessee did not have the authority to pool the overriding royalty interests.  However, as I will explain below, I believe that this holding is narrowly limited to the relatively uncommon facts of that case.

In Moncrief v. Harvey the Wyoming Supreme Court first explained that Wyoming follows a similar general rule as adopted in Texas: a lessee is without authority to unitize royalty interests, including overriding royalty interests, without consent of the interest owner. [5]Moncrief v. Harvey, 816 P.2d 97, 102 (Wyo. 1991) (citing 1 Myers, Law of Pooling and Unitization: Voluntary–Compulsory § 14.03 at 498 (2nd ed. 1967) ).  In Moncrief, the oil and gas lease was a State of Wyoming lease, and contained fairly unusual language. That lease did not grant the lessee pooling authority; and to the contrary, it actually expressly reserved unto the lessor the right to pool the lease.  The only ‘power’ granted to the lessee was the ability to withhold consent to the lessor’s power to pool.

The lessee argued that the overriding royalty interest owner constructively gave consent to pooling, due to the inclusion of pooling language in the underlying lease. (Remember, in Texas, ORIs are subject to the lessee’s pooling authority as contained within the lease).  The Moncrief court disagreed, and held that the successor lessee did not have the authority to pool that overriding royalty interest. [6]Id.

The Moncrief Rationale – An Uncommon Issue?

However, it is important to understand its reasoning for this holding. The Moncrief court cited a well-known Texas case which held that an assignor who retains an overriding royalty interest is entitled to the same protections afforded to the lessee under the express or implied covenants of the lease. [7]Id. (citing Wes–Tex Land Co. v. Simmons, 566 S.W.2d 719, 721 (Tex.Civ.App.1978) ). The Moncrief court then applied this rule to the State of Wyoming lease, concluding that the phrase allowing the lessee to withhold consent to pooling should be characterized as a lessee protection, because it was was intended to protect the lessee from pooling by the State of Wyoming.  As a result, the Moncrief court reasoned that the ORI owner should also be afforded this protection, thereby allowing him to withhold consent from pooling.

As stated above, I believe this holding does not have general, wide-reaching applicability.  It is extremely rare for oil and gas leases to state the lessor expressly reserves the power and authority to pool the lease.  Therefore, I believe the Moncrief holding is only applicable to those rare scenarios where (1) the Lessor reserves the power and authority to pool, and (2) grants the Lessee the power to consent to the Lessor’s pooling authority.

What if the Lease Authorizes Pooling?

Wyoming has not expressly adopted the exception recognized in Texas, that an overriding royalty interest may be unilaterally pooled by the associated working interest if the underlying lease authorizes pooling. The Moncrief court, to some degree, acknowledged this common exception, stating as follows:

Unfortunately the court was not clear in what it meant in that phrase.  It is unclear whether the court (1) was stating that if the underlying lease granted pooling authority, that the ORI would be subject to pooling by the lessee, (2) was restating, in both sentences, the argument of lessee, or (3) merely stating that if the ORI owner gave consent to lessee pooling authority, that he would not later also be required to execute a unit agreement as well. However, I believe a compelling argument could be made that the court was giving nod to the same rule followed in Texas, where ORIs are subject to lessee’s pooling authority contained in the underlying leases. Of course this remains to be definitively determined.

One argument in support of the proposition that ORIs should be subject to the lessee’s unilateral pooling power is that exercise of such authority is simply industry custom and practice.  However, at least one Texas court has refused to recognize custom and practice or surrounding circumstances as providing the basis for such authority to pool.  In PYR Energy Corp. v. Samson Res. Co., supra, the court first stated the general rule that royalty interests cannot be pooled without express authority.  Samson, in that case, had proposed a second exception which would empower courts to declare that pooling authority could exist when (a) the relevant transaction is between oil companies or persons active in the industry, and (b) surrounding circumstances reflect an underlying intent of the parties to allow pooling.

However, the PYR Energy court rejected this argument, and declined to recognize a new “Industry Custom and Surrounding Circumstances” exception to the general rule.   The court stated that even though oil companies “almost certainly” assume pooling can and will take place with regards to ORIs, pooling must be rooted in the meaning of the contractual language actually used by the parties, not what the parties may have assumed or intended to say but failed to include in their agreement.

In Wyoming, I believe the issue as to whether ORIs can be pooled without their direct consent is unsettled. Under Wyoming precedent, a compelling argument can be made that ORIs are subject to pooling by the lessee, so long as (1) the underlying oil and gas lease expressly provides that the lessee has the authority to pool, and (2) the assignment creating the ORI does not otherwise negate this authority.  Again, however, I do believe that this issue has not been directly and clearly resolved by the Wyoming courts.  In this regard, I full-heartedly understand why some Wyoming practitioners approach the issue so cautiously.  I believe the best practice is to include express pooling authority in assignments conveying or reserving overriding royalty interests.

On the other hand, ORIs could be subject to compulsory pooling, negating any need to directly obtain consent from the ORI owners…

What are your thoughts?  I’d love to hear your comments, whether you agree or disagree!